Last week Lucasfilm officially revealed all of the big names attached to The Mandalorian, which will be a Disney+ exclusive in 2019. One of the included actors was Nick Nolte, but as Nick and I tried to guess on the latest episode of the Star Wars Time Show, we couldn’t figure out who or what he’d be playing. All we could speculate on is that the character would probably be a drunk, because he excels at that role.

Now, according to Jason Ward over at Making Star Wars, we may know exactly the role Nolte is playing. Based on corroborated information from MSW’s various sources, Nolte is playing an Ugnaught. Yes, one of those little pig-faced dudes from The Empire Strikes Back who like to play catch with protocol droid heads.

Apparently he wasn’t even on set to film the role, and his character isn’t digital either. According to the report, a small person was on set wearing a super duper animatronics mask that would react to Nolte’s performance he was giving from the set of one of his other projects. The tech is rumored to be insane, and the mask is apparently from Stan Winston’s Shop.

It sounds like Nolte was able to record his lines in just one day of work, so it’s not clear if his character will play a large part in the series, or if Nolte’s attachment was just a way to drum up intrigue for a quick one episode hit.

Stay tuned for more The Mandalorian news as it becomes available. 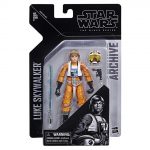 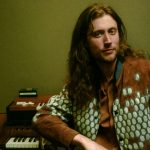