A new episode of Star Wars Galaxy of Adventures just released, and it provides a highly stylized look at the duel between Yoda and his former apprentice, Count Dooku, from Attack of the Clones.

Many fans initially pointed to this duel as one of the highlights of Attack of the Clones and the Prequels in general, because it offered the first look at Yoda wielding a lightsaber, but for the most part the scene looked off in the film, and just felt like more CGI wizardry on display. It was fun seeing Yoda jump around like he snorted some Force crack, but ultimately the whole encounter lacked any real flair and excitement.

I can’t say that at all about this new remake though, which was done using the same Anime animation style that has been employed in other Galaxy of Adventures shorts. This style is everything for this duel as it makes the whole encounter seem more powerful and intense. The camera movements are better, the lighting is more dramatic, so the action in general just feels more in your face.

After watching this and the other Galaxy of Adventure shorts, I want the Skywalker Saga to get a full on Galaxy of Adventures treatment, as in each movie is remade with its visual style and flair. That would be a spectacle that could even get me to possibly enjoy the Prequels! 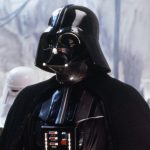 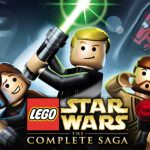