Disney has posted a clip from the upcoming episode of Star Wars Resistance, which is titled, “Live Fire”. In the clip, the Aces are lamenting the fact that they’re no match of the First order TIE pilots, but they get surprised with some new orders from Doza.

Captain Doza knows the Aces are great racers, but they’re not the best combat pilots, so he makes Yeager their new squadron leader, and adds Kaz as an official member of the Aces. The faces on the Aces after they hear about Kaz joining the squad is priceless, so check it out above.

The episode will also touch on Tam’s thread, so we will see her go through some TIE pilot training, which probably won’t be all that comfortable for her.

In “Live Fire,” Kaz officially joins the Aces, as does Yeager – who trains them to become better combat pilots. Meanwhile, Tam learns what it’s like to be a First Order pilot.
The new episode – “Live Fire” – will also be available SUNDAY, OCTOBER 20th (12:01 a.m. PT) on the DisneyNOW app and Disney Channel VOD, giving kids and families access to the series wherever and whenever they want to watch. 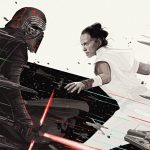 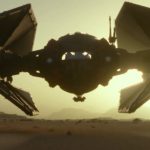