According to the folks at We Got This Covered, Brie Larson of Captain Marvel fame is apparently in talks to play Mara Jade, aka Luke Skywalker’s wife.

I have this listed as a wild rumor in the title for 2 reasons. Brie Larson has a very full schedule ahead of her now that she is taking over one of the primary 3 roles in the new Avengers set up, so the movies she will be involved in will be very time consuming, and the character of Mara Jade, if implemented properly, would require 2 things, a consistent presence from Luke Skywalker in some sort of Star Wars property, be it live action or animated, and a large time commitment on Brie’s part to set up the character’s background and eventual turn from the dark side to the light.

There is an avenue to bring Mara Jade into a show like The Mandalorian in her original role of Emperor Palpatine’s personal assassin. She could be sent to hunt down Din Djarin which would eventually lead to her hunting down Luke Skywalker in an attempt to steal Grogu back from him, but again, this would be a much longer arc than Brie would be able to play.

The only other avenue for Brie to come in and play Mara Jade is if there is another unannounced animated series in the works that takes place around the OT/Mando timeline. That would likely require less time commitment and would be a feasible way to bring in Luke Skywalker in a non-live action format.

We will keep you all updated if any actual information comes across concerning this rumor, but for now it is safe to put this pretty low in the ranks of upcoming cameos. 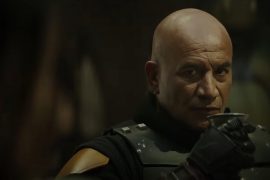