Spoilers for The Mandalorian Season 2, Episode 3!

Thanks to the arrival of the live-action Bo-Katan Kryze played by Katee Sackhoff in The Mandalorian, casual Star Wars fans have been clamoring to learn more about her. Hardcore fans of that far away galaxy like myself know of Bo’s past thanks to her roles in The Clone Wars and Star Wars Rebels, but those of you who opted out of those excellent series for whatever reason may be wondering why her showing up in The Mandalorian as a flesh and blood character is such a big deal.

The only way to truly realize how important this crossover is for Star Wars lore in general, and for the future of The Mandalorian, is to explore her past via the multiple episode of TCW and Rebels that she appeared in. By doing so, you will learn more about who she was, who she became, and ultimately, what she is doing now by looking for her lost Darksaber in The Mandalorian Season 2.

Let’s just say that she has ties to Death Watch, the group who rescued Din and taught him the way, and is also partly responsible for the chaos that has played out on Mandalore since the outbreak of the Clone Wars. While she may appear heroic now, many of her choices in the TCW have ultimately led to her people being scattered around the galaxy and hunted for their precious armor.

The video below breaks more of this down, while also giving you a roadmap of TCW and Rebels episodes to watch, so you can learn more about Bo-Katan’s past, the Darksaber, and why both are now featured in The Mandalorian.

If you are current with this season of The Mandalorian, but aren’t a Star Wars superfan, you may still have questions about the kickass debut of Katee Sackhoff’s Bo-Katan Kryze.

To casual fans, her introduction in Mando may have been surprising and mysterious, but for scholars of Star Wars, seeing this character in live action form was more like a religious experience.

This is mostly due to the fact that we like to spoil nice things, and have been zeroed in on Katee playing the live action Bo-Katan for months, so seeing the payoff in The Heiress was Zen-like to say the least.

This is because Bo, has actually been a pretty important Star Wars character for quite sometime, at least in the Animated universe, and for Mandalorian lore in general. Let’s just say she’s been in Death Watch, aided Darth Maul in the takeover of Mandalore, and then ultimately become its ruler in her Sister’s place, so her journey is a dynamic one so far and full of implications for what were are seeing play out in Mando.

Due to her inclusion in The Mandalorian, and the fact that most casual fans have no idea about her past, I was asked to whip up a mandatory Bo-Katan in animated Star Wars episodes watch list, so Bo noobs could get learned on her roots, which now have direct ties to events taking place in this season of The Mandalorian. The list will be embedded in this video’s description for posterity by the way.

Ok, the following watch list stems from episodes of The Clone Wars, which is where Bo-Katan first appeared, and Star Wars Rebels, which is where she is left with the Darksaber to rule Mandalore during the reign of the Empire. This is the same iconic weapon she, Koska, and Axe were searching for in The Heiress, as well as the blade we saw Gideon with at the end of The Mandalorian’s first season, so this is why getting some more knowledge on it, and Bo will only help with your Mando viewing going forward.

Bo’s journey began in The Clone Wars, but before her first appearance, I recommend watching “The Mandalore Plot”, which is S2E12. This episode offers up the first appearance of the Dark Saber in Star Wars canon, and also will fill you in on Death Watch, the faction of Blue Mando’s who saved Din during Season 1 of The Mando, and the same group that the Child of the Watch cult stemmed from. You know, the helmet always on, This is the Way crowd.

Alright, so after that episode, the rest are all Bo-Katan centric, so her first appearance happens in “A Friend in Need”, which is S4E14. This episode features Death Watch of which Bo is a member of, dealing with a Republic Senator and furthers the whole TCW Mandalore plot. This is also the first time Bo meets Ahsoka Tano, the name she gave to Din in The Heiress.

Up next is “Eminence”, which is S5E14. In this episode, Bo is still with Death Watch, and she and others were the ones responsible or finding Maul and Savage Oppress in an escape pod. Whoopsie, should have left them to die Bo!

Bo makes her next appearance in “Shades of Reason”, which is S5E15. In this episode, she and her Nite Owl faction from Death Watch aid Maul and Pre Viszla in the takeover of Mandalore, which results in the imprisonment of her Sister the Duchess Satine, who was ruling over normal Mandalorians, and not the martial roots Death Watch faction. This is the episode that she finally wises up to thanks to Maul winning the Darksaber in a duel, but I’ll let you all watch how the full story plays out.

As you may tell, we are in the middle of a TCW arc here, because Bo shows up again in “The Lawless”, which is S5E16. In this episode Bo tries to atone for her past and helps to break out her sister Satine, who in turns calls her lover boy Kenobi for help. Unfortunately, Maul kills Satine in front of Bo and Kenobi, which only strengthens Bo’s resolve to undo the damage she wrought on Mandalore by helping Maul come to power. We don’t see her again until The Clone Wars’ excellent final season.

Bo returned to The Clone Wars in “Dangerous Debt”, which is S7E7. Quite frankly, she shows up in episodes 8, 9, 10, and 11. These episodes are a part of the Siege of Mandalore arc from the final season of the show, so E7 starts with Bo and her Nite Owls tracking down Ahsoka Tano to get her help to finally expel Maul from Mandalore, where he is still ruling, even after Sidious kicked his ass and killed his bro Savage. S7E8 is where Bo reveals herself to Ahsoka and convinces her to help her cause on Mandlore, and then S7E9-11 Bo, with Ahsoka and the 332nd’s help, defeat Maul and his super commandos, so Bo finally atoned for her sins as a member of Death Watch.

Bo-Katan doesn’t return to the scene until the final season of Star Wars Rebels, but before you watch her episode, I suggest checking out the following episodes of Rebels because they directly feature Darksaber lore, which in turn ties back in to current events in The Mandalorian and Gideon’s possession of it, in addition to Bo’s mission to get it back so she can rule again.

Alright, with those out of the way, you can tune into Bo’s final animated appearance, at least in chronological order, and that is in “Heroes of Mandalore”, which is S4E1 of Star Wars Rebels. This episode is huge as it ties directly into what is going on in The Mandalorian with the character of Bo, the dark aber, and Moff Gideon’s possession of it. By the end of this episode Bo is given the Darksaber by Sabine Wren, making her the ruler of Mandalore, just like her sister Satine before her. But as we found out in the last season of The Mandalorian, Moff Gideon now has possession of it, so the reason live-action Bo showed up in The Heiress is to hopefully explain once and for all how Bo last the dark saber to Gideon, and ultimately how she may get it back to try and unite Mandalore once and for all.

There you have it my Star Wars students. If you watch all of those episodes of The Clone Wars and Star Wars Rebels, you will be about as Bo-Katan lore correct as it gets, so leave a like and a comment on this video, and then get to finding out why live-action Bo-Katan is such an awesome narrative thread to be taking place on The Mandalorian. 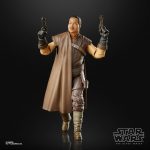