Earlier this week we posted some cool Original Trilogy trivia-like information that came from Mark Hamill himself, and now the Luke Skywalker actor has provided Star Wars fans with another OT filming nugget.

Yesterday, he was copied on a tweet to Frank Oz in which a fan asked if it was hard to act with Mark Hamill during Yoda scenes because Frank had to be underneath the stage to film them. Hamill jumped in with his own reply to explain what he had to do in these scenes, and he revealed a fun fact in the process.

Apparently, Mark wore a small ear piece to hear Frank’s lines, but at times the ear piece would pick up radio signals from nearby radio stations, so he would start hearing popular songs, such as the Rolling Stones’ “Fool to Cry” while doing scenes with Yoda, so he had to learn to ignore the interference, and just wait for the Yoda puppet’s lips to stop moving to deliver his next line.

I wouldn’t call this a game changing production reveal, but an interesting one none the less. I told you following Mark was a smart move for Star Wars fans! 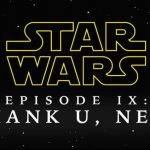 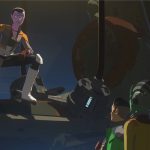