Today StarWars.com revealed that this year there will be a Triple Force Friday celebration this fall that will kick-off at 12:01am on October 4. The reason for the Triple Force action is simple, this fall, multiple properties will be debuting alongside Star Wars: Episode IX, so instead of doing Force Fridays for each one, we get a triple-sized event.

The three Star Wars properties that will have all sorts of new collectibles to buy on Triple Force Friday are:

If you’re a collector like me, this news is both awesome and troubling. It’s awesome because there will be new toys and action figures to buy, but it’s troubling because I know how much money I’ll spend. And I get all sorts of anxious that I’ll miss a figure on release night, so there’s that stress too. Either way, I’ll be in line on the 4th!

Star Wars: Episode IX Teaser Rumored to Be in the Hands of Theater Chains 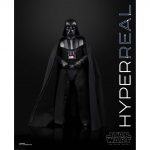