EA and DICE have released a gameplay trailer for the Battle of Geonosis update for Star Wars Battlefront II, which will be releasing for free on November 28. The reason you need to watch this trailer (Jedi mind trick motion) is because it features your first glimpse of General Kenobi in action! That’s right, Mr. Hello There himself can be seen throughout the trailer kicking droid ass and taking names.

General Kenobi will ship with his default appearance, which you can see below. He will get a robed skin to unlock on the 28th (above), and a General Kenobi skin at a later date. Head on up above to see him battling his way across the new Geonosis map. The update will hit on November 28. 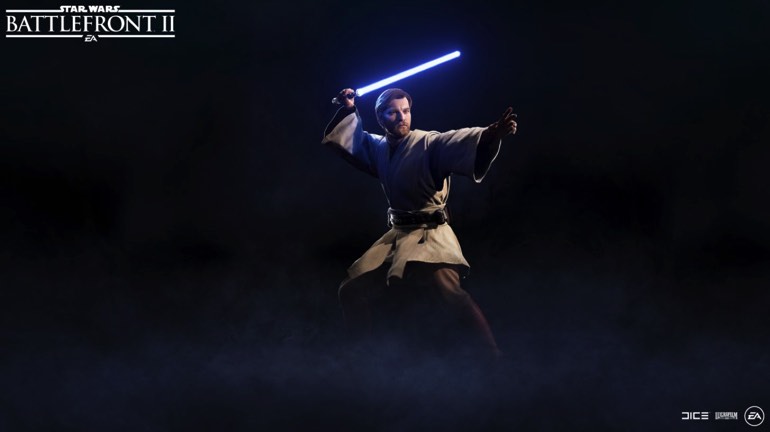 The legacy of the fabled Jedi Master transcends eras. He was a member of the Jedi Council, a general for the Galactic Republic, and later, after spending years in exile, mentor to Luke Skywalker.

Of course, Luke wasn’t the first Skywalker taken under Kenobi’s wings, as Obi-Wan trained and fought alongside his father Anakin Skywalker (coming to the game this February) during the Clone Wars. And it’s primarily this chapter of his life that’s inspired Obi-Wan’s representation in Star Wars Battlefront II.

A master of defensive lightsaber combat and usage of the Force, he was also a constant thorn in General Grievous’ side. The Clone Wars animated series veterans Matthew Wood (Grievous) and James Arnold Taylor (Obi-Wan) are voicing the arch-nemeses, accentuating the history between the two. Make sure to read our interview with both to learn more.

And, as previously covered in our walk-through of how we’re bringing the heroes and villains of Star Wars to life, we’re aiming for the likenesses of their real-life actors. As such, we’ve modelled Obi-Wan Kenobi after Ewan McGregor’s portrayal in Star Wars™: Episode III – Revenge of the Sith™.

Catering to these known traits and characteristics, we hope that players will feel right at home playing as the Jedi Master in Star Wars Battlefront II. – EA

RUMOR: Luke Skywalker Back in the Flesh for Episode 9! 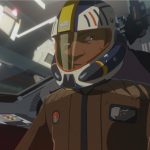