L3-37, aka, LEET, was a standout character in Solo: A Star Wars Story, and she’s definitely one of the most unique Star Wars droids ever created. Her brash personality and drive to free her kind made for some memorable moments in Solo, and her sacrifice will never be forgotten, while also providing for some awesome Millennium Falcon lore.

ILM has released a new behind-the-scenes look at the VFX work that was required to bring L3 to life. Although, Phoebe Waller-Bridge, the actress who wore a green suit to play L3, is mostly responsible for giving the droid her personality, but the ILM geeks definitely did some magic to make sure L3 looked as authentic as possible.

I really enjoyed how the team took Phoebe’s practical performances and then skinned them with the digital magic to wipe out her green suit. It just goes to show how close CGI actors now work with the artist to bring their digital characters to life.

Check it out above. 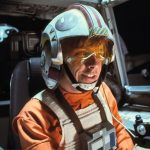 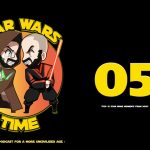