This week’s Star Wars by the Numbers video from Star Wars Kids on YouTube features a countdown of how many times the Force is used to move an object.

Head on up above to see a rapid fire edit of the Force being used to push and/or pull stuff out of they way of Jedis and Sith. 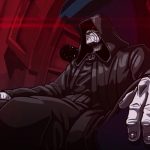