Darth Vader #4 is now available, and if you thought the big guy was in trouble at the end of issue #3, then wait until you see what happens. This issue also brings back another character from the Prequels, as well as a few Easter eggs from that era of Star Wars.

Head on down below to check out all of the new Star Wars canon and interesting moments featured in the latest issue of Marvel’s 2020 Vader run.

Darth Vader #4 2020 continues the Dark Lord’s reunion tour on Naboo, and this time around he ran into yet another person from his past that revered him as Anakin, but now hates him as Vader, but before we get to that reveal, I must talk about homie’s epic opening kill.

Dude literally becomes the first being of any kind to take out a Sando Aqua Monster, the “There’s always a bigger fish” thing from TPM that looks like it could eat Godzilla for lunch. Yeah, our boy Vader takes that thing out by himself without breaking a sweat, so he’s as boss as we all know him to be.

Anyway, after Vader sets a Guiness book of Galaxy Record, he runs into the character I teased earlier, and it’s none other than Naboo pimp pilot, Ric Olie! That’s right, Anakin’s pilot buddy from TPM is back, and just like Sabe and Typho, he is hellbent on killing Vader for his murder of Padme. And just like those other Amidalan worshipers, he also holds Anakin in the same light, which may have saved his life considering Vader impales him in a way to let him live.

Whoever said he didn’t have a heart is a dick!

After leaving Ric gravely wounded and the other Naboo forces in pieces, Vader hits up Padme’s tomb, which is marked by a statue of her wearing her iconic Queen garb from TPM.

Here we learn that the rest of her handmaidens are also committed to dying to try to murder Vader, but once again, he can’t bring himself to kill them. He fucks them up pretty good, but like Olie, he can’t kill them, which is probably due to all the flashbacks he has as himself as Anakin and hanging out with all of these people who revere Anakin as a God now.

Who knows, but it showed an unusual amount of emotion from Vader, which I swear you could even feel through his mask thanks to art like this, which features a Vader reminiscing about the Japor Snippet charm he gave to Padme as a boy, which now marks the opening of her tomb.

Dude’s got some baggage for sure, but this issue in particular showed just how much of Anakin’s thoughts haunt Vader, which provides even deeper insights into the man behind the mask. 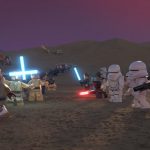 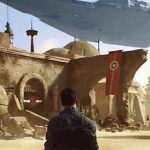 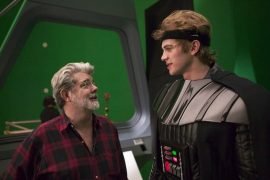 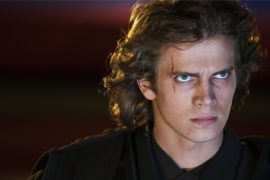 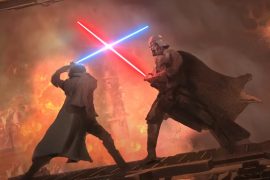