VR is the next frontier. It allows you to function within a world that is not your own, and in the case of Vader Immortal, VR allows you to go on a adventure in a galaxy far far away.

This brand new trailer gives us an idea of the basics of the story and the types of environments that you will see in Vader Immortal Episode 1.

From what we can tell, you play a character that has been captured by the Empire and sent to Darth Vader’s castle on Mustafar. Once on Mustafar, Vader presents you with a task to complete. This is where your journey begins.

The trailer then takes you through a series of shots and action sequences in game. At one point, you find a lightsaber and start hacking through droids in the station, so if you have a lightsaber fantasy then this is a game that could bring you some satisfaction.

Vader Immortal will be compatible with the Oculus Quest, Oculus’s first completely wireless headset, and the Oculus Rift S. 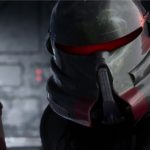 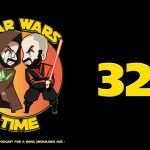