The final entry in the six Funko Pop strong Battle at Echo Base series has been revealed, and it is a Pop Deluxe featuring Darth Vader and a Snowtrooper with an E-WEB canon. This set completes the Battle at Echo Base collection, which can be snapped together to form a scene from The Empire Strikes Back while on display.

You can still buy the four released Pops from Amazon, and you can also pre-order the Princess Leia and the newly revealed Vader/Snowtrooper Pops. The already available Pops will ship immediately, while the pre-order Pops are set for November and December 2020 releases.

The full Battle at Echo Base set can be seen below! 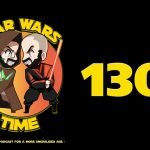 New Poster for The Mandalorian Season 2