If you are wondering if Disney is working on Star Wars projects they haven’t told us about yet, the answer is maybe. The most recent issue of Production Weekly confirms that with a newly listed project titled UNTITLED STAR WARS PROJECT (w/t GRAMMAR RODEO) – June 2022.

Aside from rumors and pure speculation, there is no info on if this is a show that we have heard of or not. Sites like Bespin Bulletin and Cinelinx are speculating that this could be a High Republic Era show that is described as “Stranger Things in Space”. There are other announced shows that are also included in the same issue of Production Weekly, namely Ahsoka, Andor S2, and The Acolyte.

Some potential options for this series are the announced Lando series, A Droid Story, or, Rangers of the New Republic. It could also be a listing for one of the 2 announced Star Wars films, Rogue Squadron or Taika Waititi’s untitled project. It is also possible that it is simply something we haven’t been told about yet.

We are fast approaching Star Wars Day, so it is possible that this project could be officially announced on May 4th. Stay tuned to the Star Wars Time Show for all updates regarding new and previously announced Star Wars projects. 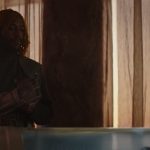 Exclusive: Book of Boba Fett’s End Credit Scene Once Featured a Different Character and the Potential of a Second Season 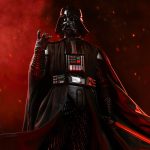