Empire has posted a brief interview with Star Wars: The Rise of Skywalker writer Chris Terrio, and in it he reveals two key questions that helped to create some of the main plot threads in the film. One of them I’m sure you can guess, as it has been a burning question for fans ever since The Force Awakens debuted, but the other may surprise you, and it should excite you.

Like I said, this question that helped to fuel the events in TROS shouldn’t be surprising to engaged Star Wars fans, because we’ve all wondered who Rey is since we first met her back in 2015.

“One of them is a simple one: ‘Who is Rey?’. Which is a question that people not only wonder about quite literally, but wonder about in the spiritual sense. How can Rey become the spiritual heir to the Jedi? We kept coming back to ‘Who is Rey?’, and how can we give the most satisfying answer to that not only factually – because obviously people are interested in whether there’s more to be learned of Rey’s story – but more importantly who is she as a character? How will she find the courage and will and inner strength and power to carry on what she’s inherited?”

Even if we never find out who Rey is related to, I still want to learn more about what makes her tick, and what she’s capable of, and it sounds like Terrio and Abrams addressed that aspect of the character. Again, depending on your level of SPOILER comfort, we may get some literal news about who Rey is, but even if those leaks turn out to be false, I still want to see where she ends up as a character when the credits roll.

Question 2: How strong is the Force?

So this is the question I didn’t think many fans would guess, but I love it nonetheless. I mean, this hints at some galactic-level Force action going down, possibly on the same level of a Force Unleashed game. Will we see ships pulled apart, or entire armies cut down by the Force? Who knows, but the fact that the writers wanted to pursue this question leads me to believe that some insane Force powers will be on display, and that they may melt our brains.

Terrio explained how the approached this question below:

I like how this dude thinks, and I’m excited to see what else they show us about the Force, as well as any new power moves we get to see from those who can tap into it. 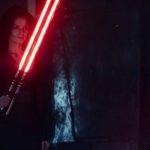 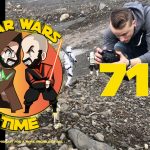