The Cassian Andor series on Disney+ might be picking up some heavy hitters from the SW universe if the leakers are right.

According to Corey Van Dyke and KRT, both Obi Wan Kenobi and Ahsoka Tano could be involved in the Andor series. Given the nature of the show and the time period in which it is set, it wouldn’t be surprising to see Ahsoka as Fulcrum in the show.

Kenobi, on the other hand, could be featured, but it would likely require a journey to Tatooine to see the old Jedi Master. As far as we know, Kenobi either didn’t leave Tatooine at all after handing off Luke to the Lars’ or rarely left. That being said, Bail Organa is a very close friend of Kenobi’s, so he could have talked the Jedi into a mission for the sake of the Rebellion.

The Andor series is still actively filming, so we probably won’t have a definitive answer on this until much later in the year, but if this is true, we could be in for some very exciting Rebel rousing in Andor! 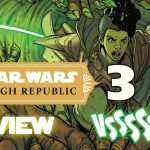 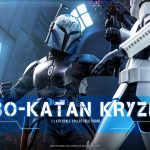