Dave Filoni is getting his very own action figure soon thanks to the reveal that his Trapper Wolf character from The Mandalorian will be a Hasbro Pulse Con 2021 exclusive.

The figure looks pretty damn good and will be a must have for hardcore Star Wars fans and collectors. Filoni has become the second coming of George Lucas in terms of his skills in telling great Star Wars stories, so people like me who are trying to quit collecting the Black Series line will still feel the FOMO over this one out of a sense of duty to honor Dave’s contributions.

I’m guessing getting one will be a struggle, because Hasbro seems to like to make the serious collectors suffer these days, but until more details are released, all we know is that Trapper Wolf will be a Hasbro Pulse Con 2021 exclusive. This means he will be limited to the hasbro pulse site, so good luck to you.

Hasbro also revealed two more exclusives for the Con in the form of a new TVC set and dio based on the Emperor’s throne room from ROTJ. The other set is a tribute to the Power of the Force collection from the 90’s, and it features a dio from A New Hope. In particular, the showdown in the cantina that sees Ponda lose an arm. 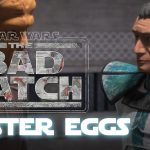 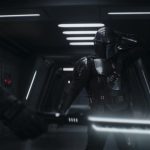