Fan theories, in particular, Star Wars fan theories, rarely ever pan out. This is mostly due to the fact that fans always go for some really random theories that only die hards would appreciate, or even recognize, so they’re typically a bit too of an inside take to make a mainstream story.

Although, some fan theories are pretty great, and would definitely work in an actual project, such as a new one for Star Wars: The Rise of Skywalker from a Redditor named RDruner870. The theory is rather genius, and lines up with a thought I’ve had on the show, which is the fact that R2-D2 will do something super-heroic at some point in the story, and he will pull of this act at exactly the moment where it looks like all hope is lost.

So here’s the theory:

Yeah, sign me up for this exact scene! Although, I’d argue it would be even more emotionally powerful if Luke’s green lightsaber ended up with Ben Solo, and then he uses it to strike Down Palp and complete his redemption, possibly with his last breath.

In terms of the theory itself, it all lines up quite perfectly, and thematically it would make a ton of sense. R2-D2 has done nothing but save the day in pretty much every movie he’s been a part of outside of the new ones, but you could even argue that his two acts in the new trilogy are also heroic and ultimately led to the day being saved. He did show the Resistance where Luke was at, and then on Luke’s depression island you could argue that R2 was the one who got Luke to at least half-ass his training of Rey by playing on his emotions.

No matter how you slice it, this fan theory would be magical, so it probably won’t happen, but I’m still taking it to the bank that R2 will do something that stands out in the film, and it just may be saving the whole damn day. 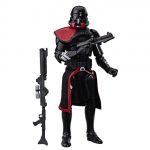 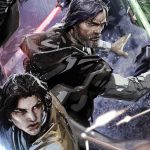