When the first teaser released for the Obi-Wan Kenobi series it featured looks at a few of the Inquisitors that will play foils to Mr. Hello There, but one of the female Dark side junkies was a mystery. That mystery has now been put to rest!

While Lucasfilm made it quite clear that Moses Ingram was playing Reva the Third Sister, and Rupert Friend and Sung Kang were playing the Grand Inquisitor and Fifth Brother respectively, it wasn’t clear who the other female character was. Thanks to a new overlay over one of the stills from yesterday’s trailer, her identity and actress has now been revealed.

This Inquisitor is none other than the Fourth Sister, and she is played by Rya Kihlstedt. This isn’t the Fourth Sisters first appearance in a Star Wars property either, because she was first shown in Star Wars Adventures: Return to Vader’s Castle #4, but as an imposter!

Apparently, Commander Lina Graf stole her armor to try and infiltrate Vader’s castle, so while her getup has appeared before, the actual Fourth Sister has not, so the Obi-Wan Kenobi series will technically be her first real appearance in the Star Wars franchise.

Although, it doesn’t appear that she will be wearing the helmet that was featured in the comics, which is a bummer because it looks rad, but I guess her skullcap-like headwear and tentacle hair is pretty cool looking too.

The question fans may want to know is, “Will she survive ‘Kenobi’?”, and the answer is, you’ll just have to wait and see. I’m going with she’s toast.

Nick and I will talk more about the Fourth Sister on next week’s episode of the SWTS, so don’t forget to tune into the Star Wars Time Show on a weekly basis via our podcast platforms or via YouTube if you prefer the livestream angle. 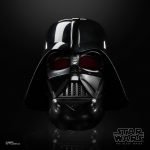 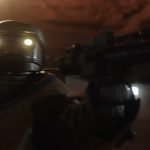