The Ian-Luke Production YouTube channel has put out an impressive CGI fan film that one could call a prequel to Star Wars: The Force Awakens.

It’s called Star Wars: Tragedy of the Chosen One, and it fills in the gap after Ben Solo razes his Uncle’s Jedi Order. I’m talking literally too, because it picks up right at the vision we saw in The Last Jedi of Luke contemplating the murder of his nephew, which sparks Ben to retaliate in force with the Force. From there it paints a picture as to what may have happened in the moments after Ben’s turn to the Dark Side, and how he, Luke, and Leia handled them.

It’s a very well done fan project form a small channel, but I bet that’s about to change thanks to this little film. I will say that the opening crawl is a bit discombobulated, but after that this short really becomes interesting. It’s clear the creators are super fans, because there are plenty of little nods to the franchise that add all sorts of authenticity to this project.

You have to check it out, so do so below. Thanks to @kingdomofweird on IG for the tip! 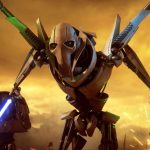 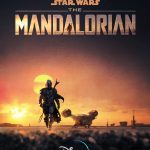 ‘The Mandalorian’ Gets New Poster and November 12 Release Date