It never ceases to amaze me what Star Wars fans do with their fandom. I mean we dedicate a weekly segment on our podcast to talk about awesome Star Wars fan art, so we definitely love how fans choose to honor their appreciation of Star Wars.

That’s why I make it my mission to find and share awesome Star Wars fan creations, so I’m happy to present a new gem from a YouTube channel named WilkinsAnimations.

This channel has created a flawless Star Wars story set after the events of Return of the Jedi using 70’s era style animations to give it an authentic feel. It’s called Dark Empire, and it looks like something all of us older Star Wars fans could have watched during our Saturday morning cartoon sessions. That is how period correct it looks.

The voice acting is also spot on, with Lando’s voice actor sounding just like Billy Dee, and the others coming close enough to not make you wince when they speak.

What’s even better is that it offers up a really compelling story to boot. So not only does it look fantastic, but it tells a pretty solid Age of Resistance narrative. Let’s just say you Legends fans will definitely appreciate it, as it features a story with the core Skywalker saga character versus a new cast, and it offers plenty of nods to past Star Wars works.

It’s just an all around work of art, and best of all, it looks like it will get a sequel, so make sure to support the channel by giving them a follow. 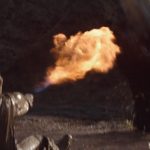 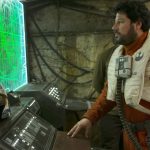