SDCC is in full swing, which means the Stormtrooper Exhibit is open for business in San Diego. While this exhibit has every Stormtrooper costume ever seen on film on display, the main attraction is the new Sith Trooper, which will make its debut in Star Wars: The Rise of Skywalker.

We saw toy versions of the Sith Trooper last week, but now there are real deal shots of the screen used armor to check out. It also looks like Lucasfilm has enlisted some cosplayers/actors to don the armor and protect the Stormtrooper Exhibit.

If you’re at the show you should definitely check it out. Apparently there’s a video from J.J. discussing the armor, and he drops a few insights on it like the quote below:

“The materials, the color, the lines, there was something about the aesthetic of it that just felt absolutely right. I cannot wait for people to see the work that everyone’s done.”

This exhibit will also be at D23 in August, so there’s another chance to see the Sith Trooper armor in the flesh before its big screen debut this December. 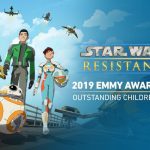 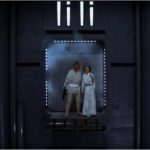