Last Friday treated Star Wars fans to one of their best days of 2019, which is thanks to the reveal of the Star Wars: Episode IX teaser and title. I was in attendance at Celebration, and it was easily the highlight of my trip, and one of the coolest moments I’ve lived as a fan.

Just check out my reaction video to get an idea of how awesome it was to see it live with an arena full of super fans.

Anyway, after seeing the trailer and getting the title – The Rise of Skywalker – I’ve been consumed with speculating on what the title may mean for the film’s narrative. After stewing on it for a week, I sat down and did a little theory video, which you can watch below.

In it, I discuss four theories I have for what the title means. These theories are: 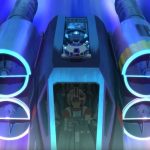