As Kylo rises, Ben falls. That is the jist of this series, and in book 4 of The Rise of Kylo Ren, we witness one of the final pieces of Ben Solo get snuffed out.

This chapter in Kylo Ren’s story takes place on a familiar place to the Solo clan, Mimban. Ben’s father met his lifelong friend Chewbacca here, and it is on Mimban that Ben will take the biggest step towards the dark side yet.

The story in itself is pretty small in terms of events. The Knights of Ren are on Mimban to recover a lost sith artifact that is hidden somewhere on the planet, and in order to find it, Ren has to interrogate some of the miners that work on the planet. It is during this investigation that Ben uses one of his most famous force tricks for the first time, mind reading. Snoke described it to him as a ‘reverse Jedi Mind Trick’, and he successfully uses it to pull the location of the artifact out of a miners memories.

The situation devolves when Voe and Tai, the two remaining Jedi from Luke’s academy, show up to confront Ben and the Knights. A fight ensues with Tai and Ben breaking off and fighting along while Voe attempts to take on all of the Knights of Ren with the help of the local Mimban miners.

The fights roar on and in the end, only 1 remains standing.

Aside from the fighting, this book provided some awesome context into people and things that are connected to Ben/Kylo. We get to see Palpatine for the first time in the comic series, and we also get to see Rey, who is clearly already connected to Ben through the Force.

The Fall of Ben Solo

This book shows of the death of Ben Solo, and how that affects those around him. 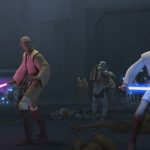 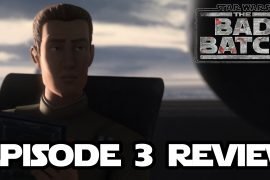