We have a clip from the upcoming episode of Star Wars Resistance, which is titled, “Hunt on Celsor 3”, and it features a hunt, more than likely for food for the Colossus residents.

In the clip it appears that the pirates have a plan to hunt down the massive Whale-Manta-Shark featured in last week’s episode, which is probably due to a lack of food for the Resistance members on the Colossus. You will see the pirates doing pirate-y things to hunt for the beast, which basically consists of dropping bombs onto its habitat to flush it out. Think of it as hillbilly fishing with grenades, but in Star Wars and with monsters that are the size of star cruisers.

It sounds like Kaz and Torra will join them on the hunt, mostly because they can trust the pirates to actually do the right thing. Smart.

Head on up above to check out the clip.

In “Hunt on Celsor 3,” The pirates volunteer to find food for the Colossus, but Kaz doesn’t trust them. He and Torra join them on the hunt, but run into big problems.
The new episode – “Hunt on Celsor 3” – will also be available SUNDAY, OCTOBER 27th (12:01 a.m. PT) on the DisneyNOW app and Disney Channel VOD, giving kids and families access to the series wherever and whenever they want to watch. 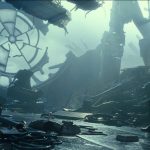 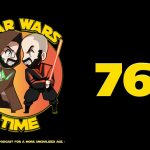