Today it was announced via the official Star Wars website that Ludwig
Göransson will compose the score for The Mandalorian.
Göransson is no stranger to the Disney universe. He earned Golden Globe and Grammy nominations for his work on Black Panther and has also lent his talents to Creed & Creed 2, Fruitvale Station, and Venom on the big screen. His TV credits include music work for Community and The New Girl. Suffice it to say that this is not his first starship ride.

Here is what Ludwig had to say upon hearing about his addition to the first ever Star Wars live action TV series:

Words fail to express how surreal and humbling it feels to be invited into the Star Wars universe. I am deeply grateful to Jon Favreau and Disney for this opportunity and to John Williams for raising the bar so high with his iconic, intrepid scores — they will never be matched. In these next months I hope to honor the tradition of Star Wars’ musical landscape while propelling The Mandalorian into new and unchartered territory. And I will try to remember that there is no try.

As we all know, the music is one of the things that really makes Star Wars shine in comparison to other sci-fi  Göransson will bring to the show.

The Mandalorian is set to release on Disney+ in 2019 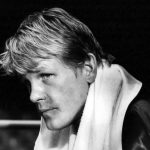 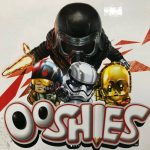