Thanks to the most recent episode of the show, we now know the planet where Mando’s bounty hunter guild and Mandalorian covert were located, and it’s called Nevarro.

Hey now Mando-ites, Matt Heywood here from the Star Wars Time Show to confirm some new Star Wars lore for you courtesy of The Mandalorian S1E5.

If you’re like me and spend way too much time thinking about Star Wars, then you have probably been wondering what planets we’ve seen featured in The Mandalorian. So far, we’ve only been given one name of a planet the Mando has been to, and that was in last week’s episode.

It has looked familiar, but the black sand kept throwing me off, but thanks to Fennec Shand, we now know the name of the planet.

It is called Nevarro, not sure on spelling (Cheers to the commenter below for the correct spelling!), but she confirms this when talking to Toro about the Mando’s betrayal and what he did to his fellow bounty hunters.

Now does this knowledge make me any better off than before, no, but my Star Wars OCD can take a break over this planet’s name if anything else. 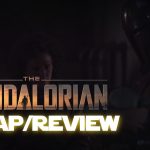 The Mandalorian Season 1, Episode 5 Recap and Review – “The Gunslinger″ 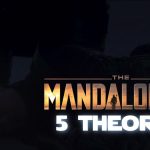