While speaking with Entertainment Weekly, The Mandalorian creative duo of Jon Favreau and David Filoni shed some context on the state of the Star Wars universe post ROTJ and pre TFA.

While they didn’t come out and specifically say that we will see the rise of the First Order in The Mandalorian, we will see how a faction like them could be allowed to rise to power, seemingly out of nowhere, due to the lawlessness of the post-Empire era. Basically, the audience should be able to understand how the First Order could rise based on how disorganized the galaxy is at this point in time while the New Republic tries to restore order.

Favreau summed up the state of the galaxy and how the FO could become so powerful by saying:

“…[W]hat could happen in the 30 years between celebrating the defeat of the Empire and then the First Order? You come in on Episode VII, [the First Order are] not just starting out. They’re pretty far along… So somehow, things weren’t necessarily managed as well as they could have been if [the galaxy] ended up in hot water again like that.”

Filoni went on to double down on this sentiment by explaining that while the Rebels won in ROTJ, it doesn’t mean the entire galaxy knew, or even cared about it, nor did every system fall right in line with New Republic ideals and governance. Filoni explained it by saying:

“This doesn’t turn into a good guy universe because you blew up two Death Stars. You get that the Rebels won and they’re trying to establish a Republic, but there’s no way that could have set in for everybody all at once…you’re out on the frontier and there might be Washington and they might have some marshals, but sometimes good luck finding one.”

It definitely sounds like the New Republic was forced to focus on establishing order in the inner parts of the galaxy, and while they had some form of law and order, they didn’t have enough good guys to impose them, therefore outer rim systems were left rather lawless.

I doubt we will get anything directly related to the First Order in The Mandalorian, but I’d love a little Easter egg, or even a nod to the Order that casual fans wouldn’t even notice. I guess we shall find out this November! 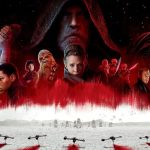 J.J. Assures ‘The Last Jedi’ Didn’t Alter Plans for ‘The Rise of Skywalker’ 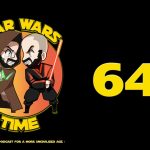