A new trailer dropped last night for The Mandalorian, so of course it had to be broken down by some Star Wars fans, in particular, your Star Wars Time gang! Now we will be doing our usual podcast version of this breakdown on this week’s show, but as always I like to get out a video version first, which you can watch below.

I mostly cover only the new scenes that were featured, so I use the 45 or so new stills that we posted earlier as my talking points. In general, I break down each still and guess at what may be going on, and how it could play into the overall plot. When it applies, I also offer up some Easter eggs to look out for, and if you liked the Prequels, this trailer has a few from that era in it.

You can check out the breakdown below in video or scripted formats.

The trailer opens with a familiar scene that reminds us that the Empire is no more, and the galaxy has become lawless.

As we see the Mando walk past we get a great new quote from Werner Herzog’s character, who will more than likely give the Mando a bounty that kicks off the main events of the series in Episode 1.

He says, “Is the world more peaceful since the revolution?” Clearly implying that shit has gone sideways since the fall of the Empire.

We then get a new shot of what appears to be The Mandalorian and Nick Nolte’s Kuiil ungnaught character riding on the back of Blurgs.

This could illustrate that these two characters know each other and are working together on a bounty, or some other mission.

We also hear more of Herzog’s narration as he says,  presumably to the Mando, “It is a shame that you’re people suffered.”

I’m taking this as him highlighting the fact that Mandalore was embroiled in conflict due to the Clone Wars and the rise of the Empire, and that even after the Rebels won, the Mando’s situation is still dire, so Herzog’s character keeps playing up the fact that the fall of the Empire has done nothing to make the galaxy a better place.

From here we get a nice little action segment featuring the Mando hunting down some Transdoshans, probably for a bounty. I love how we can hear him scanning for his targets before they make their attack.

Also, note his armor in this shot, and keep an eye on it throughout the trailer. It changes to a full on chromed out version in parts, so I’m assuming at some point he has to change armor sets.

Who knows if it’s a damage issue or what, but he definitely swaps armor at some point.

I’m guessing we see him in the brown version early on, and then when the show hits its narrative stride and he more than likely becomes a bounty himself, then he’ll upgraded to the shiny set.

This little scene also confirms that the Mando can use his tuning fork-esque rifle tip to shock the shit out of his targets. Nice touch!

The trailer shifts to a shot of one of the mando’s targets getting the carbon freezing treatment thanks to his preferred method of transporting his targets.

Herzog’s narration picks up again with his now iconic line of, “But bounty hunting is a complicated profession”

The action then shifts to the Razor Crest coming out of Hyperspace and we see it flying over a lush planet.

We then get a great shot of the Mando’s haul being unloaded, probably on whatever planet the bounty hunting guild is located on. You gotta drop those ice cube bounties somewhere.

Herzog’s excellent narration continues with, “They said you were coming”, as we see the mando enter what appears to be a cantina, but it could very well be Greef Carga’s bounty hunter guild, or possibly even where Werner Herzog’s power player character is shacked up in.

His narration continues with, “They said you were the best in the parsec.” as what appears to be other bounty hunters give the Mando the evil eye as he walks through their ranks. So this could very well be the bounty hunter guild considering how the patrons are eyeing up mando. They definitely seem to respect and hate him all at once, which implies they know of his legend that Herzog is explaining.

A door opens revealing Stormtroopers, who appear to be bodyguards these days, and then we get to see Herzog say to the Mando, “Would you agree?”, more than likely following up his statement about him being the best there is.

I’m still going with Herzog being a mega power player on the bad guy side, and I think he will give Mando a bounty that causes him to get into some trouble with other nefarious actors in the galaxy.

Rather than having the Mando agree with Herzog’s overlord, we just get to see him start kicking ass and taking names.

He makes short work of some Stormtroopers while sporting his new armor, so I think this takes place later in the season. You can also see who appears to be Greef Carga coming out behind him, so there’s a good chance that Greef and other bounty hunters team up with the Mando after his mission gets squirrely, probably due to him balking at whatever Herzog wanted him to do.

We then move into what I’m speculating is some sort of a flashback, maybe one for the Mando himself as he thinks back to his past.

The reason I say this is because this kid gets a focus, but look what is going on around him. That ship in the sky sure looks like a Separtist droid gunship, which were featured in the Battle of Kashyyk in ROTS.

Plus, as the trailer continues we see two parents running with a kid, which appears to be the same kid from before, and they’re running from oversized B2 battledroids.

This could very well be the Mando’s family trying to save him during the Clone Wars, which may play into how he acts in this series, and ultimately leads him to trying to protect another child that could get screwed over by shady factions.

Either way, we’re getting Clone Wars era war machines in this series, giving it ties to all of the trilogies.

After this segment we get a continuation of a battle we saw in the first trailer in which the mando is rounding up a bounty like a boss.

Now we get a shot of a beast, and it kind of looks like a Reek from Attack of the Clones, but it lacks two of that species horns, so it must be a new alien beast.

It looks like the Mando has been tasked with capturing it for some reason, so he’s either working on a bounty here, or possibly helping someone else out for a favor.

Speaking of helping someone out, if you notice the Mando’s armor is dirty in this shot, so maybe he helped Kuiil capture that beast for some reason? This could be a continuation of the scene from earlier where we see these two on Blurgs, so maybe they do go hunt this beast together for some reason.

We get a quick shot of the Mando on a speeder bike, and it looks like he’s riding with the bike rider from the first trailer.

Here’s another angle of a space battle that was teased in the first trailer. The ships are moving to fast to see who could be pursuing the Razor Crest, but it’s probably another bounty hunter.

We also see a shot of the Razor Crest landing in a black sandy location with Greef and a few other bounty hunters waiting for him. This could be for a drop-off, or potentially a meeting of bounty hunters to combat whatever the warlords are doing to their ranks.

Herzog’s narration picks up again with him saying, “Mandalorian, look outside, they’re waiting for you.”

As we see Cara Dune and Mando looking very buddy buddy with each other in a village of some sort. These are probably the same people that the mystery woman we’ve seen the Mando with previously belongs to.

I’m guessing someone in their ranks is wanted by Herzog, which is why the Mando runs into these folks in the first place, only to realize that he’s been tasked with doing something supremely against his personal code.

We get a majestic shot of the Mando against a landscape, which I think we will see many of in this beautifully shot show.

We also get a shot of Moff Gideon, more than likely getting ready to flush the Mando out of a building.

Ok, so here’s the mystery woman I just mentioned. Notice how close she is with mando, I’m talking close enough to reach out and start to pull off his mask, so either they form a love interest during the series, or he’s always known her from his past, but I’m going with this lady, and possibly a kid, are what cause the Mando to skip out on a bounty and get himself in trouble with Herzog’s character, and Moff Gideon, who probably gets hired by Herzog to hunt down bounty hunters after the Mando screws him over.

We get another shot of Cara, this time blasting at someone, who could be Bill Burr’s bounty hunter or assassin character.

Alright, this sequence here could one day be the coolest action sequence in all of Star Wars, because it looks like the Mando latches himself onto Gideon’s TIE with his arm cable, and then uses a jetpack to rocket himself onto the TIE’s canopy.

Eat your heart out Boba Fett!

The trailer closes with a money shot of the Mando holding his rifle at the ready, as you get to hear him speak for the first time, with him replying to Herzog’s earlier statement about people waiting outside to kill him.

Man, what a trailer! Thanks for watching, please considering subscribing to our channel if you’re not already a subscriber, and as always click like if you enjoyed what you just saw.

Don’t forget to hit up StarWarsTime.net to get looped into out weekly Star Wars podcast, because there’s always time for Star Wars Time! And Remember, if you listen to the Star Wars Time Show, the Force will be with you, always.

Get Very Excited for Star Wars Jedi: Fallen Order With This Launch Trailer 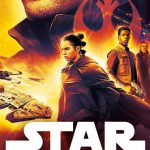