The Mandalorian Season 3 is set to release on March 1, 2023 on Disney Plus, and now we also know who wrote each of the eight episodes.

The official list of writers was posted on the official Writer’s Guild site, which you can see below. The only surprise is that Rick Famuyiwa didn’t contribute as a writer this season when he has in the past two seasons.

Based on this list you can also expect to get some lore heavy content, or Ahsoka in episodes four or seven because Filoni is a co-writer on them. This doesn’t mean Ahsoka will be in both episodes, but you can bet on her being in at least one of them, with the other probably containing a deep dive into some sort of Star Wars lore that Dave more than likely helped Jon with.

In other Star Wars TV show news, Deadline is reporting that Margarita Levieva (The Deuce and Revenge) has signed on for a guest role in The Acolyte. She will be joining Amandla Stenberg, Lee Jung-jae, Manny Jacinto, Jodie Turner-Smith, Dafne Keen, Rebecca Henderson, Charlie Barnett, Dean-Charles Chapman and Carrie-Anne Moss.

Nick and I will talk more about these Disney+ updates on this week’s episode of the SWTS, so don’t forget to tune into the Star Wars Time Show on a weekly basis via our podcast platforms or via YouTube if you prefer the livestream angle. 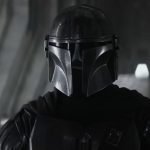 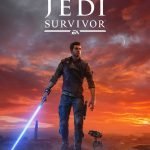