The Mandalorian Season 3 is in the news today thanks to the reported release dates for its final trailer and its actual premiere date on Disney Plus.

According to Making Star Wars, The Mandalorian Season 3 will get its final full trailer on Christmas Day 2022. The trailer is rumored to be under two minutes long, and will feature Christopher Lloyd’s unconfirmed Mandalorian faction leader and his horned Mando helmet. MSW also cautioned that the trailer will be going for a fake out per se by making it seem like Din and Bo will be at odds for the full season when in fact they’ll be allies for most of it.

The second bit of news on The Mandalorian Season 3 from MSW is the show’s release date, which is February 22, 2023. The report didn’t mention if it would be a multiple-episode drop or not, and they’re is a disclaimer that the date could change, but as of now MSW is reporting both the premiere date and trailer release date with 100% confidence at the time of this writing.

Nick and I will talk more about these reports on next week’s episode of the SWTS, so don’t forget to tune into the Star Wars Time Show on a weekly basis via our podcast platforms or via YouTube if you prefer the livestream angle. 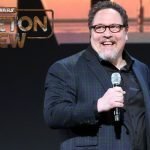 Jon Favreau Reveals That Skeleton Crew Characters, Locations, and Creatures Will be Appearing in The Mandalorian Season 4