Yesterday at CCXP’22, Lucasfilm showed off an extended version of The Mandalorian Season 3 teaser, and while it wasn’t released publicly, a few fans in attendance have provided descriptions of what was shown.

UPDATE – Apparently Boba Fett showed up in the new footage show at CCXP:

You can find out what new content was shown by checking out the short video below, or by reading the quotes after the break.

Full descriptions and quotes from the panel via Reddit:

There’s a scene with a planet that looks like Coruscant, and the preview features several action sequences, including a never-before-seen one featuring Mando running away from TIE Fighters.

There is a scene with a scrapped Star Destroyer and the preview ends with Grogu using the Force against a monster, which was the most applauded moment of the preview.

“The trailer also provides a quick glimpse of Coruscant, monkey lizards, and teases several Mandolorians working together. Grogu also is going to keep exploring the Force, as he’s shown pushing a figure out of a cave. “

Season 3 footage was loaded with action, new locations, a TON of Mandalorians and so much more. Also they’re going to Mandalore…

Quotes from the panel:

*Favreau and Filoni were in a studio in Los Angeles working on Star Wars (Skeleton Crew). (source 1 | source 2)

*Favreau teases that ‘THE MANDALORIAN’ Season 3 is bigger in scope than previous seasons with more space battles, more Mandalorians and some surprises.

*Favreau on Grogu: “He represents innocence. Being the new generation of Yoda’s species, who was wise and old. Grogu is a hope for the future, innocence, the power of a pure soul capable of transforming others – including the character that Pedro plays. Every character he (Grogu) encounters has his life transformed. In addition to being a beautiful puppet, made by talented professionals, he has an innocence that contrasts with the dark side of Star Wars. Everyone can relate to the purity of that childhood”

*Filoni jokes about the hands-on part of directing Grogu: “Never complains and is always there.” Seriously though, he says; “Grogu embodies a lot of the feelings we get from watching Star Wars. His real power is his kindness. That’s where his strength comes from”

Nick and I will talk more about Mando S3 on next week’s episode of the SWTS, so don’t forget to tune into the Star Wars Time Show on a weekly basis via our podcast platforms or via YouTube if you prefer the livestream angle. 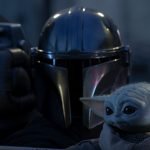 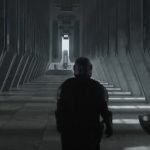