It didn’t take long for Star Wars fans to find a potentially huge Easter egg in the first trailer for the second season of The Mandalorian. Thanks to a few of our fans who tipped us off on IG and Discord, I went ahead and provided my take on the matter in the video below.

Basically, the fandom believes we may have gotten a look at Boba Fett’s armor in the trailer, in particular, the scene with Din on a speeder bike. Check out my thoughts on it below.

Have you watched the new Mandalorian Season 2 trailer enough times yet? No? Well, thanks to a tip from a few of our fans, namely starting with a DM from Rebel Jawa on IG, and a post from Tones in our Discord, it appears a possible big time Easter egg was teased in the spot.

How big, well how about Boba Fett armor big! That’s right my friends, Fett’s armor may have been featured in the trailer, in particular, on the back of the speeder bike Din is seen riding on in a quick cut action shot.

This is the shot I’m referring to, and if you zoom in on it and let your brain get a little loose, once could definitely argue there’s a Mandalorian Jet pack on the back of the bike, and if you really squint, you could also claim that a Mando helmet is on the right side of the speeder’s backside.

Here again, you can see the shape on the back very closely resembles a jet pack, and the bulge on the side could definitely pass as a helmet if the frame wasn’t blurry from the speeder moving so fast.

So if this is indeed Boba’s armor, why does Mando have it?

Well, we can say with confidence that he’s on Tatooine in this shot, and our buddy with spurs from Season 1 was also on Tatooine.

We’ve also heard rumors of a Cobb Vanth-like character being in the show, who is someone who at some point in time gained Fett’s armor from Jawas who found it spit out in the desert. Vanth dons the armor and becomes a sheriff of sorts and uses it mostly for good.

Who knows if that’s the case and Filoni and Favreau will stick closely to Vanth’s story, or massage it a bit, but I like thinking that Mando reclaims the armor from a non-Mandalorian, versus dueling it out with Boba himself.

One could also argue that an elder Fett, who did escape the pit, has setup a deal with Mando to retrieve his armor from an imposter wearing it on Tatooine in exchange for information he may have on the Sorcerers Din is looking for. Boba would definitely know a thing or two about the Sith and Jedi.

Maybe Boba gets the upper hand on Din and forces him to get his armor back, or maybe, just maybe, Din Slays Boba once and for all and takes it from his bitch ass because he never deserved it.

I for one prefer the Cobb Vanth take as it gives us some more Boba lore and possibly puts his fate to bed for good canon wise, but if done correctly, having Boba and Din work together, or be foils of each other, could be intriguing as well.

I just don’t think the show needs Boba outright, but having some story nods to flesh out his tale a bit more would most definitely be non-heinous.

What do you think? Are Star Wars fans seeing things that don’t exist? If you do think it’s Fett’s armor, then how do you want it to play out. Let us know in the comments below. 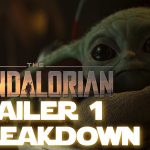 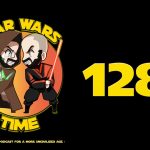