If you’ve been following along with this season of The Mandalorian, and have a little bit of insights into the franchise thanks to your super fandom, then you more than likely know what, or at least who is going to show up in Episode 5 of the second season, which would be Chapter 13 overall.

Fans that tend to dig for more information on Star Wars properties have known for sometime that this episode would be the one directed by Dave Filoni, and based on all the live-action Ahsoka rumors, and her actual confirmation of being in the show from Bo-Katan, we’ve also all figured that she’d debut in his episode. I mean he created her after all for The Clone Wars, so naturally he should be the one to cross her over into the live-action Star Wars universe.

Now thanks to a new leak from OSN, it appears that S2E5 will indeed be Ahsoka’s live action debut, because the episode will be titled The Jedi. While she isn’t a Jedi any longer, that’s what Din knows her to be based on Bo’s recommendation, so the title makes enough sense.

Like other die hards, I’m not sure how I’ll react to this episode, because it may make me pass out from sheer fan joy overload, so I’ll be working on some breathing exercises all week. Make sure to tune into the SWTS this Tuesday for our next livestream! 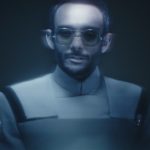 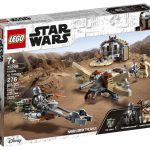