Yesterday, Bob Iger held his Disney shareholder conference call yesterday, and on it he dropped all sorts of insights into Disney’s Star Wars plans moving forward.

First off, he confirmed that The Mandalorian will return for its second season this October, but he didn’t give an exact date. I’d imagine that will be announced at Star Wars Celebration 2020 this year.

He also teased the idea that Disney is looking into potentially creating spinoff series based on hero and villain characters from The Mandalorian. He said that Disney is considering:

“The possibility of infusing [‘The Mandalorian’] with more characters and taking those characters in their own direction in terms of series.”

This is good news and also plays into his other big reveal, which is the fact that Star Wars TV shows will be the main focus for Disney for the next few years. I’m not sure if that means the 2022 film is DOA and will be pushed, but right now it sounds like Disney wants to distance itself from the Star Wars cinematic universe, which is a bummer, but expected.

Nick and I riffed on this in this week’s episode of the show, so check out 95 to hear our full spin! 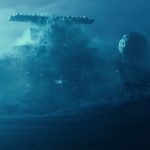 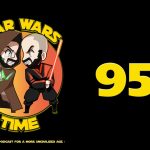