Thanks to a Jon Favreau tweet, we now know for sure that The Mandalorian will return for Season 2 during the Fall of 2020, so about a year’s wait, which is about how long normal TV shows take to drop new seasons.

Jon shared the news with a sculpt of a half nude Gamorrean Guard, which means we will surely be getting more awesome easter eggs and Star Wars references in Season 2, but according to a Deadline report, we may get more than just those.

It sounds like a few familiar characters from the Skywalker Saga will make appearances in the show’s second season.

“Insiders have hinted that several established characters from the Skywalker Saga’s feature films mythology will make appearances during the show’s sophomore season.”

I don’t think that should really surprise anyone based on how the first season went, and the fact that Mando has been tasked with finding Jedi for Baby Yoda, so while I doubt Luke makes an appearance to help the Baby, it sounds like other familiar OT faces will.

I’d bet on more animated references and characters as well, especially thanks to the Darksaber reveal, which could allow the likes of Sabine Wren or Bo Katan Kryze to make live-action debuts.

Don’t forget about the mystery character from the end of Episode 5 either! 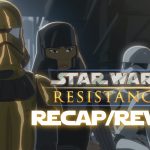 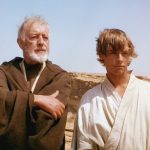