Thanks to a leak on Reddit, we now know the possible airdates for every episode of The Mandalorian’s first season.

It’s an odd rollout schedule too, with the first two episodes dropping quickly, and then the show settles into a Friday weekly drop. Although, Star Wars: The Rise of Skywalker’s debut also alters The Mando’s schedule a bit, bumping it up a few days to give the film all of Friday of that week.

There will be 8 episodes, which is surprising, because I think most of us thought it would be a 10 episode show. I’m not complaining, but just thought 10 was the number, but that isn’t the case.

You can check out The Mandalorian’s airdates below:

Thanks to StarWarsBlackSeries 2019 for the image link! 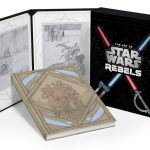 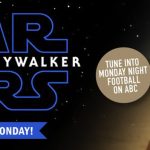 Star Wars: The Rise of Skywalker Trailer and Ticket Pre-Orders Confirmed for 10/21