The Mandalorian changed up its formula yet again with “The Prisoner”, and while some may consider episodes like this to be filler, I quite like how they slowly add lore and character building for Mando himself.

Plus, what’s the rush, let this series slow boil for a few seasons, all will be revealed at some point!

Head on down below to check out my full recap and review of Season One, Episode Six of The Mandalorian.

Hey now fans of the Cameo show, Matt Heywood here from the Star Wars Time Show to recap and review The Mandalorian: The Prisoner, aka, S1E6.

The episode opens with Mando landing on a space station to do a job for a former associate of his, Ran. Ran needs Mando, and in particular, his Razor Crest to pull of a heist of sorts.

Ran introduces Mando to Mayfeld, a former Imperial sharpshooter played by Bill Burr, who is essentially Bill Burr. After some laughs at Mayfeld’s expense, Mando meets the rest of the squad, which includes a Devronian named Burg, played by Star Wars alum Clancy Brown. A droid named Zero, and a Twi’lek named Ji-an who the Mando used to hump, round out the crew.

They go over the plan before heading out, which is to raid a New Republic prison ship to bust out another crew member, and the Mando ain’t digging the heat the job will bring, but he heads out with them anyway.

On the ship Zero is flying so Mando heads down with the other crew members so they can berate him over his helmet and Mando culture in general. He and Burg get into a fight, which springs open Baby Yoda’s hiding place door, but Mando plays it off as his pet. An adorable one at that.

After some impressive flying maneuvers the crew docks on the prison ship and breaks in. Burg is a meathead, so he shoots a mouse droid, which alerts other security droids to their presence. As the crew is pinned down, Mando kicks the droids asses from behind as the others look on in amazement as they let him take out the whole squad. Losers.

They break into a control room and find a soldier named Davan, who is really  Anakin Skywalker in the flesh. Mando tries to diffuse the situation so he doesn’t use a tracking beacon to call in a squad of X-Wings, but Ji-an takes him out with a knife, which causes him to activate the beacon. Smart.

They find their target Qin, who is Ji-an’s sister, and break him out, but it’s revealed Mando left him behind on another job, so Qin pushes him into his cell, and the mercs lock Mando up.

At this same time, Zero is starting to piece some things together about the Mando’s mix up on Nevarro, and then Baby Yoda shows up and wants to play hide and seek, so things are starting to get tense for our heroes.

Because the Mando is a mack daddy, he breaks himself out of his cell in no time using a droid’s arm after doing some droid fishing, and he then heads to the control room to shut down the lights and comms. The hunt is on.

Baby Yoda continues to mess with Zero’s mind on the Razor as Mando starts to pick off the mercs. He first takes out Burg after a solid brawl, which showed us fire doesn’t affect Devronians in the least.

He then fights Ji-an and takes her out, and then he Xenomorph sneaks up on Mayfeld to take him down.

Back on the Crest, Zero finally finds Baby Yoda, so the little guy tries his best to tap into the Force to protect himself, but luckily is not-daddy shows up and blasts the bot in the back. The little guy still questions if it was his power that did it though, which was as cute AF as it gets.

Mando takes Qin back to Ran’s station and gets paid. He quickly leaves, but it’s soon revealed that Ran plans on shooting him down with a gunship.

Before this can happen though, Qin realizes that Mando placed the New Republic tracker on him, so as Mando is about to hit hyperspace, a squadron of X-Wing fighters show up, all piloted by creatives actively working on The Mandalorian, and blow the station to space dust.

Mando and Baby Yoda win again, and the big guy even jokes around with the little guy as he gives him his favorite toy to play with. Awwwwwwwwwwww.

The episode closes by showing us that Mando didn’t kill the other Mercs, he just locked them up in a cell like they did to him. What a guy!

I’ll tell you what. With each new episode of The Mandalorian, it feels like the show reinvents itself and its genre, and “The Prisoner” was no different.

It definitely had a heist movie feel to it thanks to the Job and mercs Mando teams up with, so once again we got a new way to portray this character and his story, and I dig the new approach.

I also liked getting a look at the New Republic operating in its early years. We really got a sense of their visual aesthetic with the design of the prison ship, and of course it was awesome to see Rebellion era T-65 X-Wings,  which were flown by the likes of Dave Filoni, Deborah Chow, and Rick Famuyiwa. Plus, the level of concern the mercs and Mando had over getting the New Republic after them also showed that the faction did have some level of power and control over the galaxy at this point in time.

The amount of cameos was really fun too, as well as looping in other known faces like Bill Burr, who played a great Bill Burr, but I thought he was perfect for the character he played. Looping in some former Star Wars talent was also a nice touch with the inclusion of Clancy Brown and Matt Lanter.

Of course I have to mention Baby Yoda, who was used sparingly in this episode of the most part, but his moments mattered, and I absolutely loved his little game with Zero, especially how it ended, and how surprised the little guy looked when he questioned his own powers.

Before I go I have to mention that while these episode may feel like filler, I disagree with that assessment, which was used with last week’s episode to from some fans and critics. I actually love these little side missions that hardly touch on Mando’s overarching plot of being on the run with Baby Yoda, because in the end, all these types of episodes do is add little bits or lore to the character, while also fleshing out more of his past through interactions with new characters.

While we’re not getting flashbacks to explain why Mando is the way he is, his interactions with former associates do help to paint his backstory, albeit in micro dose fashion.

If anything else, Mando is joking with Baby Yoda now, so life is good!

We got another new style of The Mando with "The Prisoner", so I'm digging how the format changes each week, and I'm also digging how Mando lore is being slow dripped in these episodes some describe as filler. 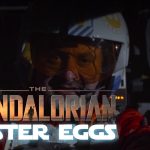 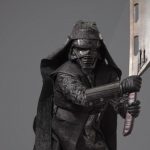 A Knight of Ren Gets a Name