For an episode of The Mandalorian that wasn’t directed by David Filoni, “The Prisoner” sure offered up all sorts of fun Easter eggs and Star Wars references. It also offered up an insane amount of cameos and famous actors to boot, so it was loaded with items of note.

Head on down below to check out the full Easter egg breakdown for this episode.

Hey Mando, Matt Heywood here from the Star Wars Time Show to breakdown all of the Easter eggs and Star wars references found in The Mandalorian: The Prisoner, aka, S1E6. This was another packed episode, so strap in.

Up first we get a nice nod to the poor aiming of Stormtroopers when Mando pokes fun at Bill Burr, I mean Mayfeld for being a former Imperial sharpshooter, to which he replies he wasn’t a stormtrooper. While I’m pointing out actors you have seen before I might as well mention Mark Boone Junior playing Ran, who most recently starred in Sons of Anarchy.

Mayfeld gives us our next reference when he mentioned that the Razor Crest looks like a Canto Bight slot machine, which is a nod to an infamous planet from TLJ.

As we start to meet the team Mando will be a part of we run into Burg, who is a devronian, which is a species we first glimpsed in Star Wars, but that’s not all with Burg. He’s played by Clancy Brown, who has also voiced Savage from The Clone Wars, and Ryder Azadi from Rebels. Talk about a lucky dude!

We also meet the Droid Zero, who has some hints of 4_LOM in him, but his egg is his gun, because it’s the same as Boba Fett’s!

Oh, I also think he sounds like K2, so there’s that too, and while we’re on the meeting of the mercs, I might as well point out that Qi’an is played by Natalia Tena, who you may remember from Game of Thrones or Harry Potter. It’s a who’s who type of episode indeed.

En route to their target they get to talking about what Mando looks like under his helmet, so Mayfeld guesses he’s a gungan and even uses some of their Whoosa, are yoosa style dialect.

This may be a bit to nuanced, but the dish on the New Republic prison ship looks like the new dish on the Falcon when we see it in the Age of Resistance trilogy.

Alright, I need your help on this next one, because I swear I’ve seen these droids before, but I couldn’t place where. If anything else, they have the new republic logo on them, so there’s that.

Up next we see that one of the prisoners on the ship is an Ardennian, the same species as our buddy Rio Durant from Solo. RIP little guy.

After that we get a mouse droid scene, and for the first time we get to see one get blown to bits for making its little squeals.

The death of the mouse droid brings out our next item of note, which are the security droids, who I believe are modeled after Imperial security droids like K2, but if anything else, they too have the New Republic logo, and if you really want to get down to it, they use DH-17 blasters, the same model that the Rebellion forces used.

The Mando and the mercs eventually make it to a control room where they run into a soldier who happens to be sporting the egg head helmets from the Age of Rebellion. This Davan guys also happens to be played by Matt Lanter, who is the voice of Anakin Skywalker in the only prequel tales that really matter, The Clone Wars.

And our final Easter egg is the size of the Jawa’s Su-gah, because it has multiple layers to it. Mando leaves a New Republic beacon on Ran’s station, so a New Republic squadron of t-65 style X-wings shows up, but we’re not done with just the wings.

As it turns out, the three pilots are all creatives working on The Mandalorian. Dave Filoni plays Trapper Wolf, Rick Famuyiwa, the director and co-writer of this episode plays Jib Dodger, and Deborah Chow, Mando director and Kenobi Showrunner plays Sash Ketter, so this final item of note was loaded with Star Wars land goodness.

Of course if I’ve missed any, which I’m sure I did, please let me know about them by leaving a comment down below.

The Mandalorian: The Prisoner Easter Eggs And References List 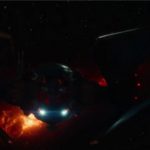 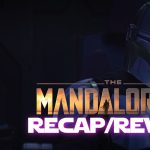 The Mandalorian Season 1, Episode 6 Recap and Review – “The Prisoner″