Filoni laced this episode with so many nostalgia bombs it’s hard to get through it without pointing at your screen and screaming about easter eggs and Star Wars references the entire time. It also happened to feature a solid little plot, and fleshed out the world of the Mando a bit more, so overall it was another solid foray into live-action Star Wars.

You can check out my full recap and review below.

Hey now fans of Baby Yoda and the Helmet guy, Matt Heywood here from the Star Wars Time Show to recap and review The Mandalorian: The Gunslinger, aka, S1E5.

The episode begins with the Mando in a dogfight thanks to a bounty hunter on his ship’s tail. His ship gets damaged, but he pulls a slick maneuver and wastes the chump for using his line about bringing targets in hot or cold.

Due to the damage, he has to land on a nearby planet, which just so happens to be Tatooine, so he gets permission to land in Mos Eisley, so yeah, this episode is a nostalgia bomb.

Upon landing we meet a great side character named Pelly, who appears to be a mechanic. She promises to fix Mando’s ship, but needs more credits than what he has, so he heads out and looks for a job, but like a good parent, he leaves Baby Yoda behind, which is smart.

Some time later we see Pelly playing some Sabacc and she hears what sounds like a krayt dragon call come from Mando’s ship, so she investigates and is surprised to find home slice looking all adorable and shit. She plans to babysit him for more money, now that is smart.

We catch back up with Mando who heads into Chalum’s cantina from A New Hope, but clearly the no droids rule has gone to tell after the fall of the Empire. He runs into a noob hunter named Toro who enlists his help to hunt down Fennec Shand, a deadly assassin. Mando agrees to help for the credits, so he tells toro to get some speeders and meet him at his hanger.

Toro shows up with some swoop style bikes, so the two head out across the Dune Sea to find their target.

They run into some sand people, but thanks to Mando’s ability to use baseball signs he negotiates a trade with the raiders, so the two are allowed to pass.

Mando and Toro stop when they find a dewback with a dead hunter on it, but while Mando is investigating the scene, we get our first look at Fennec, who starts to snipe Mando like a good camper would.

Mando decides they should wait until dark to make their move, so he sleeps until the suns go down, at which point Toro wakes him up like a toolbox.

The two speed off under the cover of night with a plan to use flairs to blind Fennec’s shots. The plan goes well outside of Mando getting blown off his bike and almost capped, but it was enough of a distraction to allow Toro to sneak up on her.

Unfortunately for him, Fennec’s real name is Ming-Na Wen, so she proceeds to kick his ass until the Mando gets his busted ass behind her and corners her.

The hunters secure their target, but need more transportation due to losing a speeder, so after a discussion, Mando agrees to get the dewback they saw earlier.

Although, while he’s gone, Fennec starts to work over his ego and hints that the Mando could be the hunter that shot up the guild on Navarro, so she proposes that brining him in would make him a legend, which is all he needs to hear to sell Mando out. But, like a smart scumbag he caps Fennec in the gut, and heads out on his own.

Mando returns and sees Fennec is head, so he heads back to Mos Eisley. When he arrives at his hanger he sees Toro’s bike, so he knows some shit is about to go down.

After a standoff, Mando flash bangs Toro and blasts him like a chump, Baby Yoda is saved, they hit the crest, and peace out.

Miller Time, or is it?

We then get one final shot, and it shows someone approaching Fennec’s body and kneeling over it. Who could this person be?

This had to be the most nostalgic episode of the show to date, and I loved it for that alone, but it also had a solid little plot.

The return to Tatooine was glorious for Easter eggs and other Star Wars lore, but I have to say may favorite aspect of the episode was meeting Pelly the mechanic. She is just a fantastic random character with a great personality that reminds me of my East Coast relatives living in Philly. She’s as hard as nails and doesn’t take any crap, but you could sense she had a sweet soul, so I loved her interactions with mando and Baby yoda times 3000.

I also quite enjoyed Mando teaming up with a Noob and how that mission played out, plus the whole cantina scene where they met was another brain melting scene of nostalgia, so Filoni definitely hit those feels out of the park. I thought Toro was fun too, a little cocky, but insecure, so he made for a nice little villain.

I think what I appreciated most though came after we meet Fennec Shand, who may not be so dead after all. I loved that she finally let us know what planet Mando’s covert was on and the guild, which is Navarro. It was context I was looking for, so I’m glad we go it, and I like how she used that knowledge to twist Toro’s mind like a pro assassin would.

Of course, I have to touch on the cliffhanger-esque ending and that person walking towards Fennec in the desert. Star Wars Theory is hoping it’s Boba Fett, which would be beyond epic, but I’m just not sure if they’d want that guy in this show. Either way, I love that we have another mystery to think about now.

Filoni once again knows how to infuse Star Wars nostalgia into an episode of The Mandalorian, while also expanding upon the shows core plot threads in an interesting manner. 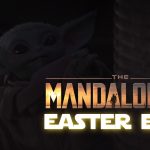 The Mandalorian Season 1, Episode 5 Easter Eggs and References – “The Gunslinger″ 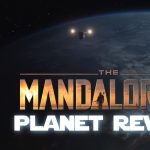