The Mandalorian: Sanctuary is one of the slower episodes of the show so far, but a good one for some exposition and to move the plot along, plus chicken walkers, so we good.

In terms of Star Wars Easter eggs and references the episode had five total, but at one point I had the count much higher. I just couldn’t justify some of the looser ones after doing a bit of research, so I cut the list to five to make things a bit easier on myself on this holiday version of our Mando Easter egg series.

You can check out the breakdown below!

Hey Mando, Matt Heywood here from the Star Wars Time show to breakdown all of the easter eggs and Star Wars franchise references found in The Mandalorian: Sanctuary, aka, S1E4.

There are only 5 items of note, although, I tried to negotiate a few loosey goosey ones, but I decided to be a lazy ass, so they’ve been cut for being too stretchy.

Up first we see that the villagers are using a modified R5 unit to help with their farming and or fishing duties. Apparently its motivator is just fine.

We then get a reference to womp rats, you know those poor little rodents that Luke likes to murder in beggar’s canyon? Yeah, those, well, Mando calls Baby Yoda one as they look for somewhere to hide out.

We then get a beast style easter egg in the form of a Loth cat, which apparently don’t like Yoda babies, because one got snippy at our homie while he walked through a bar on Sorgan.

The next reference comes from our new friend Cara Dune, who mentions the Battle of Endor while explaining her Rebel Shock Trooper past to Mando. She also throws out some Imps slang to validate this exchange as a legit reference moment.

Finally, this episode last egg was its most obvious, and that was the inclusion of an Imperial Chicken Walker courtesy of the village raiders. We first saw these impractical war machines way back in Empire, and as the Ewoks showed us, they suck at standing up. 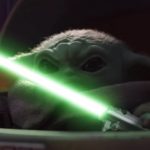 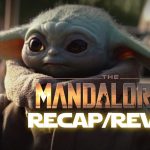