With each new episode of The Mandalorian it gets more and more clear that this show is about as awesome as anything we’ve ever gotten in Star Wars land, and “The Sin” is the best one yet. I say that now, but I have a feeling I’ll be saying that again next week, but that’s a great problem to have for a Star Wars fan.

You can check out the full recap and review below in video or scripted formats!

Hey now Mando-ites, Matt Heywood here from the Star Wars Time Show to recap and review The Mandalorian: The Sin, aka, S1E3.

The episode opens with Mando and Yoda baby en route to the bounty hunter guild planet. Greef rings in to tell the Mando where to take the baby as the little green dude adorably plays with the Mando’s flight controls.

Mando arrives on the planet and heads straight to the Client’s hideout, and after being greeted by some Trooper flunkies, he turns the bounty over to the Client and Pershing, who are both elated.

It’s confirmed that the client did indeed hand out additional bounty pucks for the Yoda baby, but because Mando is a pimp, he came out on top and gets a boatload of Beskar.

A very  pleased Pershing takes Yoda Baby away, and it gives the Mando a look of sadness that clearly affects him moving forward.

The Mando then asks the Client what will be done with the kid, but the Client more or less tells him to shut the hell up and take his beskar elsewhere as Troopers roll in to bring in some muscle.

Mando heads to the secret Mando lair and presents the steel to the Armorer, who pledges to make him a full set of armor to replace his damaged set. At this point a bunch of Mandalorians walk in and the Heavy Mando starts to give our Mando shit about being a punk who works with the Empire, but after a bit of a tussle to let some testosterone out, the Armorer reminds the big guy that the Mando follows their way, and since This is the way as she says, everyone chills the flip out.

The Armorer asks Mando how his armor got bunked, and he explains it was from killing a Mud Horn, so she says that she’ll forge that as his cygnet, so I guess that’s what she meant in Episode 1. Anyway, he rejects it since he didn’t get a clean kill because as he explains, his enemy helped him do it. Yoda baby and enemy, nice try you big softie!

The Armorer proceeds to forge his armor and a set of whistling bird mini-missiles, so naturally he starts having PTSD flashbacks of his childhood and the Seperatist attack on his village. We eventually learn that his hiding spot was discovered by a B2, but the flashback cuts before we get to see what happens. Don’t worry, I have a feeling he’s not done flashing back yet.

The Mando with his new duds heads to Greef’s bar for more bounties, which he gets and then heads to his ship.

But as he’s about to fly off he sees the ball missing from his stick shift, the same one Yoda baby tried to play with earlier, so that is all he needed to convince him to do the right thing, which is to go save the Yoda baby.

He reaches the Client’s hideout and sees that Yoda baby’s egg has been trashed, so he does some spying and learns that it’s still alive, but the Client wants it disposed of after something is extracted from it. That something is probably its Force infused genes, so make sure to check out my theories video on what those genes may be used for.

The Mando then springs into action and draws out the Troopers inside while he breaches a back wall to break in. He pretty much kicks the hell out of the Bozo squad and then finds Yoda baby on an operating table, with an interrogation droid hovering towards it.

He blasts the droid and then questions Pershing on what he was doing to the baby, but as Pershing was cowering for his life, the Mando grabbed the baby and made his way into the Client’s office. Here he seems to get cornered, but he uses his whistling bird mini-missiles to take out a squad of bucket heads like a boss.

At this point he gets out of the hideout, but we see at the bounty hunter guild that everyone’s fobs are going off, which means he’s already been marked for death due to his raid of the Client’s bounty.

Greef and all of the bounty hunters confront Mando as he tries to leave on his ship, but he isn’t having it, so he engages in a 1 versus too many shootout in the city streets. After he pulls off some impressive kills and almost gets away on a speeder, Mando finds himself under heavy fire from all directions, and he looks at Yoda baby with an expression of, sorry kid, I tried. Yes, even with a mask on, that’s how awesome Mando is and Pedro for that matter. But just as it seems all is lost, every freaking Mando from the secret lair arrives in style and gives him cover to jet out.

His buddy the Heavy Mando in particular really helps him get free, so clearly the two have patched things up, but thanks to their support, the Mando lets the big guy know that they’ll have to leave the planet, to which the Heavy replies, This is the way. F yeah it is brother!

As the Mando enters his ship, Greef pops out behind him because he’s slick like that, but the Mando is slicker, so he uses the carbon freezing unit for a smoke screen to get away and then blast Greef out of the ship.

We see that Greef isn’t dead though, because the beskar steel bars he got as a reward for the Mando’s efforts earlier protected him.

The Mando and Yoda baby fly off as wanted bounties, but also clearly as best buds, because Mando ends up giving Yoda Baby the ball he first wanted back at the beginning of the episode like a good dude would.

Holy Mandalorians was this an epic episode or what? I’m really digging this trend of each new episode getting better than the last, and I hope that continues as we press on with the final five.

This episode was tense from start to finish thanks to the fact that we all have come to love Yoda baby so much, yet we kind of knew what could happen to him, so watching his ordeal play out in this episode definitely keeps you on edge, which in turn makes the big action moments so much sweeter.

I could honestly just make every review point about Yoda baby, because once again, with doing no more than cooing like some sort of baby animal, he manages to provide standout moment after standout moment, but I’ll just limit my praise to his playing with the Mando’s flight controls, and how that moment came full circle. I just loved how at first he still treated the little guy like a bounty, but by the end, he treated him as a child he cares about and is willing to protect and make happy in any way he can.

So yeah, Yoda baby and Mando team ups for life.

I also have to say that I loved the two big action sequences in this episode. The first one, where he infiltrates the Client’s hideout perfectly illustrated how deadly the Mando’s skill sets are. I mean he single handily raided this compound, which was full of Troopers, and made short work of each of them using every tool a Mandalorian has for killing. It’s just so rad to see this guy go Rambo, but with Star Wars flair.

I also loved when he spied on the Client and Pershing, which revealed a bit more about what they wanted with Yoda baby in the first place. While some of the comms were garbled, probably on purpose, because a name is mentioned in regards to who wants Yoda baby alive, you could definitely here that they wanted it to extract something from it, more than likely its force genes.

This implies that the baby probably isn’t a dead on clone of Yoda that they want to make bad, rather he probably is the last of Yoda’s kind, and they want his genes to give force powers to non-Force users, or possibly to use to keep Palpatine alive. More on that later, if I get to another video.

Back to the episode review, I have to close with some thoughts on the Mandalorians. I just really enjoyed how we got to see groups of them interacting with each other and mentioning traditions and sayings in the secret lair. if anything else for a the new Star Wars saying they gave us in, This is the way, which gives this show two iconic sayings now if you lump it in with Kuiil’s I have spoken line.

And then of course having them show up to save Mando’s ass is definitely one of the most radical spectacles I’ve ever seen in any Star Wars property. I actually got all emotional, not necessarily the crying kind, but more like, “America Fuck Yeah” type of pride, albeit with an appreciation for the Mando’s sticking together and kicking ass like the pros they are.  It truly is a glorious Star Wars action moment.

The Sin is the best Mando episode to date thanks to its mix of engaging story elements and action beats. Plus, it has more Yoda baby heart melting moments, so it's hard not to be a huge fan of it. 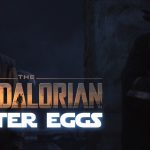 The Mandalorian Season 1, Episode 3 Easter Eggs and References – “The Sin″ 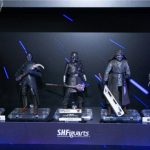