The Mandalorian continues to be amazingly awesome thanks to the arrival of “The Sin” episode, which just may be the best one yet, at least until Episode 4 comes out.

Anyway, the episode was also loaded with Easter eggs and Star Wars franchise references, so you can check out the ones I spotted using the video below.

Hey now fans of the Mando and Yoda Baby, Matt Heywood here from the Star Wars Time Show to breakdown all of the Easter eggs and Star Wars franchise references found in The Mandalorian, The Sin, aka, S1E3.

I found 13 brand new ones in total, so here we go!

Up first, is Greef ringing the Mando on a holoprojector, tech we first saw in A New Hope thanks to our guy R2D2.

We then see a Twilek walking through the city streets, a race we were first introduced to in Return of the Jedi thanks to our buddy Bib Fortuna.

Up next is a bit of a Star Wars toy reference, because when Mando returns to the hidden Mandalorian lair, we see the Heavy Mando dude who will also be a Black Series figure soon.

Then we get to see some B2 battle droids being dicks to innocents as they gun them down, and one even find kid Mando in his hiding spot.

Upon Mando’s return to the bounty hunter guild, we get too see a Zabrak bounty hunter, the same species as Maul and Savage, with Maul being our first introduction back in The Phantom Menace.

This next egg is a Star Wars Time special, as it is a shot of our buddy Dominic Pace’s Gekko bounty hunter character, which just interviewed Dominic this past week, so I had to throw in an easter egg mention for him and his solid appearances in this episode.

We then get a reference to the Mon Calamari race when Mando gets a bounty for the son of an important Mon Calamari dude, and we all know that it’s a trap, no seriously, who could ever forget our first ever intro to a Mon Calamari in the form of the Ackbar!

Greef’s hideout was loaded with eggs and mentions, because we got two more while Mando was talking to Greef about what the Empire is going to do with Yoda baby.

The first reference comes when Greef tells him to turn the bad guys into the New Republic, which is the government that formed out of the Rebellion, you know the one that gets completely vaporized in The Force Awakens?

He then tells Mando to get some spice and just chill, which is a drug in Star Wars land, the same one that gets Han in trouble with Jabba for dumping a shipment of it prior to the events of A New Hope.

This next egg is a deep cut, because there’s a bar in an alleyway that looks identical to the bar Han, Luke, Leia, and Chewie tried to sue to prevent themselves from becoming human paste in the Death Star’s trash compactor.

And our next egg was the opposite of that last one, because it was as plain as day. I’m referring to the interrogation droid Pershing was going to use on Yoda baby, which was the same model Vader used on his own kid in A New Hope.

And our final moment of note, or reference if you will, came when all of the hidden Mandos showed up to save the day and they were using their jetpacks. We saw Boba use one in Jedi, kind of like a putz though since it led to his death, but we got even better looks at multiple Mandos with jet packs in The Clone Wars and Rebels, so it was awesome to see a live action rendition of multiple Mandos in flight at once.

Helluva an episode, so please like this video if you enjoyed what you saw, and stay tuned for our recap and review of the episode, which will be uploaded a bit after this vid.

The Mandalorian: The Sin Easter Eggs And References List 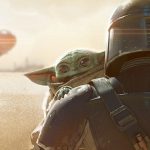 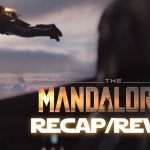 The Mandalorian Season 1, Episode 3 Recap and Review – “The Sin″