The second episode of The Mandalorian was even shorter than the first, but that didn’t prevent it from featuring an impactful narrative, while pushing the season towards its main story arcs.

Hey now Mandalorian’s, Matt Heywood here from the Star Wars Time Show to recap and review The Mandalorian: The Child, AKA, S1E2.

The episode begins with Mando and Yoda baby walking through  canyon to get back to his ship, but of course he has to contend with other bounty hunters en route. He makes short work of them, but it’s made clear that he’s marked because these transdoshans had a tracking fob, so like we learned last week, many other hunters were giving this contract, but only to kill the baby, not keep it alive. Interesting.

After the battle we get a scene of Mando healing himself as Yoda baby adorably watches on. The cuteness meter explodes when the little guy gets out of his carrier and essentially tries to heal Mando with the Force. These two together make me happy.

The next day the two make it back to Mando’s ship, but it’s being broken down for parts by a band of pesky Jawas. He naturally proceeds to disintegrate a few of them, and then gives chase as they speed away in their sandscrawler.

The Mando He-Man’s his way to the top of the crawler, but they surprise him with an R2-like stun gun ambush, so he falls from the crawler and passes out.

He soon wakes with his little green buddy adorably watching over him, oh these two. I’m not kidding, he and Yoda baby make the greatest Star Wars duo of all-time and we’re only two episodes in.

After going through his busted ass ship, and another cute moment by Yoda baby, the two head back to Kuiil’s ranch for some help.

Kuiil suggests that they go trade with the Jawas to get Mando’s parts back, which Mando doesn’t like, but Kuiil has spoken, and we know what that means. Oh, and Yoda baby comes through with another “Awwww” moment as he eats a lizard while his buddy Mando makes plans.

The three of them find the Jawas who have setup their flea market. After a bit of tension from their earlier encounter, the Jawas agree to give his stuff back if he goes and gets an Egg, that they all Minion chant over as they drive over to a new part of whatever craggy desert they’re in.

Mando and Yoda baby head to a cave and then Mando proceeds in. As he’s exploring he shines his helmet light on a hairy looking rock, which then opens its eye, revealing it to be some sort of beast.

The Mando gets ejected from said cave, and then the beast proceeds to kick the living hell out of the Mando to the point where he’s pretty much toast. As in, he’s going to get ran over, but at the last moment the beast’s charge is halted, and we can see that it’s from our little green home slice, who is using the Force to hold the beast in place. Yup, Yoda baby shines yet again. Get this dude an action figure, and a Gatorade, because he passes out from exertion!

The Mando kills the beast and retrieves its even hairier egg.

He returns to the Jawas just in time and gives them their egg, which they worship as they crack it open and eat it as if it were Jawa heroin.

Mando, Kuiil, and Yoda baby all return to the Razor Crest and begin to fix it after Kuiil puts the Mando and his ugnaught maintenance skills to the test. After a repair montage Mando says goodbye to Kuiil and offers him a spot in his crew, but the wise little one passes, because he no longer wishes to be a servant of sorts. Respect.

The Mando and Yoda baby fly away, and as they hit space the Mando turns to check on Yoda baby, because he clearly already cares for the little bro, and then as he turns away Yoda baby wakes back up and pops up to look upon Mando with a sense of appreciation and peace.

Let me get this out of the way first, but this episode’s 26 minutes or so of actual content is kind of shocking, especially considering that we all kind of thought that this series would offer up 50 plus minute long episodes, similarly to other streaming series or a show like GOT. Clearly that’s not the case, as this one featured more of a cartoon series style length.

Now that’s not to say that the episode is bad, it is actually quite great and features plenty of memorable and impactful moments, but I guess I’m still a bit shocked how short these episode have been so far. The series still looks like it spent 100 million, but the lengths just don’t add up to comparable products.

Oh well, on to the good stuff in this episode, and most of that revolved around the bond between Mando and Yoda baby. It’s already becoming my favorite aspect of this series, and it echoes other friendships and bonds we’ve seen between Star Wars characters. They’re already at a level of a Chewie and Han, or at least a Lando and Lobot.

My heart just feels good watching Yoda baby trying to care for Mando and showing general interest in his safety, and vice versa for that matter. It’s still not clear if Mando intends to still deliver the baby, which I think at this point he still plans to do, but the fact that other hunters also got the contract, but with a kill order, and the fact that Yoda baby saved his life, I do think he will ultimately skip out on the handover and get an even bigger target on his back.

I also have to mention Kuiil, who yet again stole scenes in an episode of The Mando. He’s such a great character, both wise and snarky. I love his now iconic saying, and he genuinely felt like a real character, so his bond with the Mando was an enjoyable one to watch play out, and I hope they reconnect further down the road.

It might have been a short episode, but boy was it a sweet one. I guess the length just bums me out, because the quality and content is so damn good so far.

Short and sweet is the best way to describe The Mandalorian: The Child. The bond between the Mando and his new companion is everything. 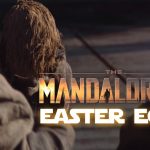 The Mandalorian Season 1, Episode 2 Easter Eggs and References – “The Child″ 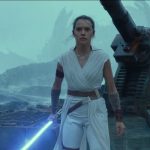