The Mandalorian is here, and while it took us a bit longer than we wanted to get it broken down into one of our Easter egg features, we finally have the goods for you. Let’s just say Disney Plus may have been a bit stressed earlier today, which made it impossible to watch on a device where I could take screenshots, but here we are, and boy are there a ton of eggs and references to behold!

You can check them out in the video below. Like a dope though I did forget to mention two of them with one being IG-11’s thermal detonator, and the other being Mando’s pistol sounding like Jango’s.

J.J. Abrams Felt “Freer” on The Rise of Skywalker 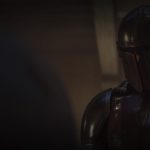