Back in November we covered a rumor about The Book of Boba Fett, before it was officially called that, which detailed two potential actors for the series in Sophie Thatcher and Jordan Bolger. Today, thanks to a new rumor on Reddit via Murphy’s Multiverse, it appears that these two actors may actually be appearing in the third season of The Mandalorian instead.

In fact, they even have codenames of Drash and Skad, but that’s about all we know at this stage. MM seems to have a source confirming them being in Mando instead of Boba, but that’s it. At this point they could be playing any role, but I’d guess they will be characters that Din will be interacting with in some form or fashion, and on a regular basis. These two being Mandos sounds like the best option to me, but as we’ve learned, we can’t bank on anything when it comes to Jon and Dave, so who knows.

Nick and I will talk more about this rumor in next week’s episode of the SWTS and drop our own speculations, so don’t forget to tune into the Star Wars Time Show on a weekly basis via our podcast platforms or via YouTube if you prefer the livestream angle.

the book of boba fettThe Mandalorian
0 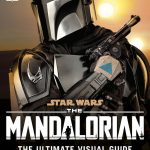 The Mandalorian Novel and Visual Guide No Longer Releasing 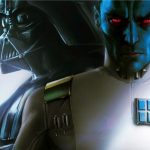 Benedict Cumberbatch Has No Interest In Playing Thrawn at This Time