Disney has officially announced that Disney Gallery: The Mandalorian, which is a series featuring cast and crew interviews about how the show was made, will be returning with a “Making of Season 2” special on December 25th. The show is exclusive to Disney Plus.

What is not clear about this announcement though is if the special is truly just a one-off look at how they made Season 2, or if it will be like the first go round with Disney Gallery: The Mandalorian, which featured eight total episodes.

Either way, come the 25th fans will be able to get an inside look at how the show’s second season was created, and I’m sure plenty of amazing film making wizardry will be revealed, as well as some Sage-level discussions from the likes of Favreau, Filoni, and their gang of Directors. 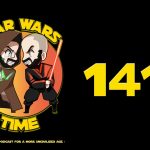