Giancarlo Esposito has been a constant source of small bits of Mandalorian related information since the COVID-19 lockdown began. His latest nugget comes from an interview he gave to People on the night of the 72nd Emmy Awards in which he basically confirms that The Mandalorian is planned for at least 4 seasons.

We’re living in a universe that is huge and there’s so much to explore, so I think this show is going to lay the ground work for the depth and breath that’s gonna come in season 3 and season 4, where you’re really gonna start to get answers.

Now, this doesn’t mean that Disney has greenlit the show for all 4 seasons yet. Most creators will plan their shows/content many years ahead so they can be ready for upcoming seasons if they are greenlit. That being said, if season 2 goes as well as season 1 did, there is no reason for the show to not make it to a 4th season and beyond.

The Mandalorian season 2 is set to release on Disney+ on October 30th. 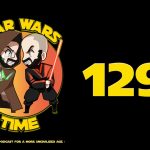