Today marks the beginning of D23, so be prepared for new Star Wars announcements. In fact, we have already got a pretty big one in the form of the first official poster for Jon Favreau’s The Mandalorian on Disney+.

The series will release on November 12, 2019 on Disney’s new streaming service. It’s not clear if all of the episodes will be available at once, or if they’ll release on a weekly schedule, but based on the language used in the Tweets, I’m thinking fans will be able to binge it if they want to.

I’m torn on the delivery myself. Of course I’d love to bing it as a fan, but as someone who covers Star Wars and likes to break shows and movies down, the binge will kill that side of me. Weekly episodes would allow for some breathing room in coverage if anything else.

A new poster also released to compliment the streaming date, so you can grab it below via Twitter.

There should be a trailer drop for the show later today during the Disney+ panel at D23, so stay tuned for that. We will definitely post the trailer, stills from it, and eventually a breakdown video when time permits.

It’s going to be an exciting weekend to be a Star Wars fan! 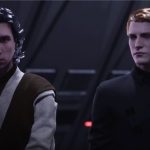 This CGI Fan Film Is Essentially a Prequel to Star Wars: The Force Awakens 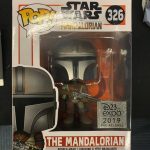