Season 2 of The Mandalorian continues to reach deep into the Star Wars universe’s lore for its deep story and character explorations. In The Siege, S2 E4, the big reveal was that Dr. Pershing was using The Child’s blood in an experiment using some kind of ‘host subject’ who eventually died. In the holo-recording that reveals this, Dr. Pershing mentions that they are unlikely to find another specimen like The Child that has a high enough M-Count for the experiments to go forward. This simple holo has confirmed many of our past speculations and also reveals how a key sequel era character could have come into being. Let’s dig into it.

The Force has always been a pretty mysterious universe binding essence that seemingly picks its chosen users at random, but thanks to the prequel trilogy, we know that the Force itself is not just some power that is granted to people across the galaxy, it can be biologically measured by testing a persons Midichlorian count.

Midichlorians, as explained by Qui Gon Jinn in The Phantom Menace, are microscopic lifeforms that live in organic bodies. These lifeforms determine the level of Force sensitivity that a lifeform has. The higher the “M-Count” the stronger the lifeform is with the Force. Anakin Skywalker had the highest M-Count ever recorded, over 20,000 per cell.

Since Midichlorians are found in a person’s blood, it is, therefore, possible to infuse another lifeform with the Force through a blood transfusion, but it is also incredibly dangerous and potentially lethal. If the host’s body rejects the Force sensitive blood, they will die in a matter of days. While we have just found out about this procedure and technology in the Star Wars universe through The Mandalorian, we have likely seen it at least one time before, Supreme Leader Snoke in the sequel trilogy.

We find out in The Rise of Skywalker that Snoke was nothing more than a host puppet created by Sith scientists on Exogol and controlled by Palpatine himself, but in order for Snoke to have Force powers, he would need to be infused with Force sensitive blood, likely the blood of Emperor Palpatine himself. This explains why we see failed Snoke experiments on Exogol as Kylo Ren was approaching the Emperor’s throne room. These were likely the result of host bodies that rejected the blood transfusion and died on the operating table.

As for what is happening in The Mandalorian, there are 2 likely scenarios. First, Moff Gideon is trying to build a Force sensitive army to overthrown the new Republic and reinstate Imperial tyranny across the galaxy, or he is trying to infuse himself with the Force through these transfusions. Given what we see at the end of The Siege, it is more likely that he is going the super soldier route, but in all likelihood, he would also give himself powers once the experiments are successful. 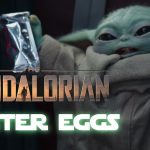 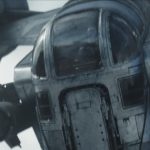